I was contacted by Dame Suzie Moncrieff, PA and asked if I would be interested in entering the Wearable Art Awards. The truth is I thought it was a joke, I mentioned it to my uncle who said what an amazing opportunity and what was I making? I said I don’t have time for that airy fairy stuff. But he changed my way of thinking and I got started on my concept Te Ika o Maui.

It was two months of pushing and pulling on my emotions and my abilities to create a fashion garment as I am a tradesman. I nearly throw it all in but made a phone call, talked to Heather Palmer and got the kick in the bum I needed to complete my Garment Te Ika o Maui, It was judged and to my surprise I got in. Maui fishes up the North Island and now he wears it on his back as a trophy

Show time I get into the Show Book, meet the Fashion Designs of which I am now one lol. Show night Te Ika o Maui is the very first Piece out on stage to a Karanga opening the Show, what an amazing Show and I was a part of it. No Awards but worth all the effort and heart ache I got rewarded, with Te Ika o Maui being on display for 6 months at the WoW Museum in Nelson.

So after 2017 I thought this is easy lol boy was I wrong. Changed it up a little thought I would make it easier on myself one month’s work and work to some of my straights “wrong again”. I entered my piece Magical door to another Dimension. I missed the brief and failed to get in. So as you look in the mirror you see you and all the different kinds of you there can be. You reflect that to others and with 8 Mirrors in this Sculpture which ones are really you. I hope to enter again maybe in 2020. 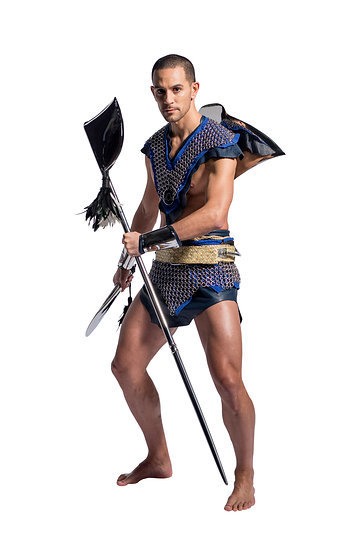